Seats at the Table

SEATS AT THE TABLE is a feature documentary film which depicts Andrew Kaufman's Books Behind Bars class that brings together university students with students at a maximum-security juvenile correctional center through the study of classic works of Russian literature. Andrew Kaufman discussing Seats at the Table on PBS-hosted webinar 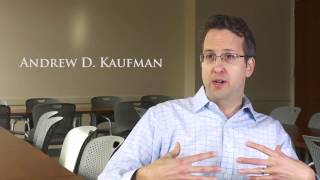 Books Behind Bars: Life, Literature, and Leadership is an educational program in which university students meet with incarcerated youth and adults to explore questions of meaning, value, and social justice through life-changing conversations about Russian literature classics.

Participants discuss personally relevant topics ranging from family to death, and success to moral responsibility. These interactions become the catalyst for both groups to learn from one another and share their most intimate human stories, while at the same time forming powerful connections and challenging whatever stereotypes about the other group they may have entered the class with. Correctional center students and university students come away transformed by this unique educational experience—moved by their discovery of the relevance of classical literature, inspired by the humanity in one another, and empowered to pursue lives of greater purpose and meaning.

Having completed its eleventh year, Books Behind Bars has been featured  on the Today Show, in the Washington Post, the Chronicle of Higher Education, the Moscow Times, on Katie Couric, NPR, and Russian national television. Seats at the Table, a feature-length documentary about the program, has been shown at film festivals throughout the United States, in France, and the UK, and it is currently airing nationally on PBS.

“When I walked into that building every Tuesday afternoon, I wasn't locked up. It's like for the next three hours I can live, I can be myself, I can open up, I can be me.” “Books Behind Bars is the ultimate example of service learning and learning through doing, one of the most brilliant and highly effective I’ve encountered.”

“We are learning from the residents as much as they’re learning from us. They’re humans with hopes and fears and flaws and dreams just like me, but they’re behind bars.”